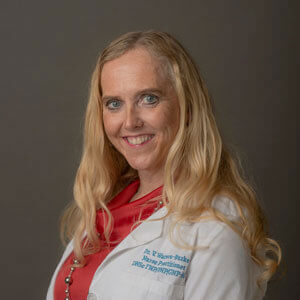 Dr. Watters-Burke earned her Doctor of Nursing Science in 2005 from the University of Tennessee Health Science Center. Her focus was in cardiovascular medicine. She later earned her Master of Business Administration in 2009 from Union University.

Dr. Watters-Burke has worked at Hanissian Healthcare since 2006 and is board certified in family medicine, pediatrics, and gerontology by the American Nurses Association. She is a member of Sigma Theta Tau International Honor Society of Nursing. She is the mother of four children and lives in Collierville.