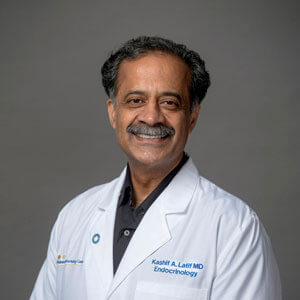 When his son; Ahmed; was diagnosed at 11 months of age with juvenile diabetes; Dr. Latif decided to specialize in endocrinology. He felt he could better learn how to monitor and live with his son’s diabetes; and care for patients with diabetes and diseases of metabolism. After completing his training; Dr. Latif opened AM Diabetes & Endocrinology Center in 2002. The center is named in honor of his son.

Dr. Latif has 21 years of experience in endocrinology; diabetes & metabolism. He is a member of the American Board of Internal Medicine and is affiliated with 25 hospitals and has contributed to 6 publications.